By RunThaCity — 3 years ago

The joke of skipping leg day is an old mainstay within fitness communities, and this is largely the result of leg exercises being harder to adhere to in the past. With less motility than arms, finding the right regime of easily-performed exercises for various leg muscles, especially the hamstring, can be something of a nuisance.

Today, we’re going to look at the best exercise routine for strengthening your hamstrings. Before we begin, it goes without saying that you want to balance these evenly, and never be excessive with speed, routine length, or the like. Injuring your hamstring can be excruciatingly painful, and can temporarily (or in rare cases, permanently) reduce or take away your ability to stand or walk. 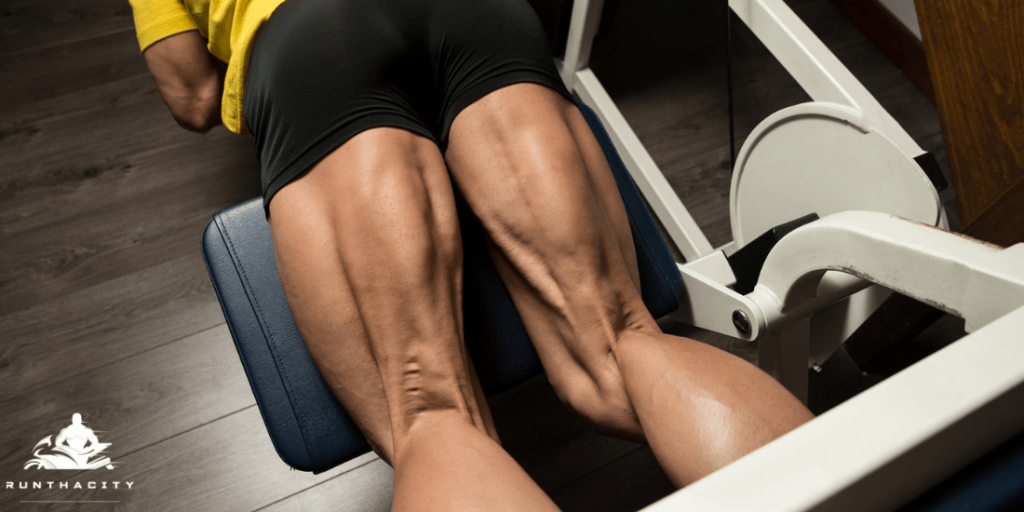 How do I Know My Hamstring is Underfit?

If you already have a decent regime of general leg exercises, you may be unsure if you need to alter any of your routines to provide a better workout for your hamstrings. There are symptoms that can easily be picked up on, though.

Let’s take a moment to talk about how important leg exercises are as a whole. On a cosmetic level, if you focus only on your upper body, you will look patently ridiculous. We’ve all seen those guys who spend all day lifting and bench pressing, but neglect their legs entirely. They look like cartoon characters!

But, on top of this, you also greatly increase your risk of knee and hamstring injuries, and these can have lasting or permanent ramifications, leaving you permanently walking with a limp, or experiencing significant pain.
It also makes squats much harder to do, as well as any practical lifting to carry or move heavier things.

Something else we need to point out right now, is that this is just as important for women as it is for men. The same danger of leg injuries can happen if a woman’s hamstrings aren’t properly trained and well-exercised.

Equally, let’s all be honest. What kind of legs do most men prefer on a woman? Scrawny, neglected beanpoles? Or, is a woman with shapely, toned legs usually preferred? And, ladies, which would you prefer? Healthy, toned legs, or skinny, weak ones? It really matters for both sexes, equally.

One last thing to point out, before we look at the six most effective exercises is, while having some decent equipment at your disposal does help, but you don’t need ridiculous, expensive and overwrought equipment to get a solid hamstring workout.
We live in a time that’s unrivaled historically in both fitness and nutrition sciences, as well as the elaborate equipment we can produce. This equipment is all well and good, but you really only need a few simple things, to get a full workout, including hamstring-targeting routines.
There are two routines we’ll look at that need some fitness equipment usually, but you can makeshift these if need be.

The Romanian deadlift is one of the simplest routines you can do. Simply hold a weighted barbell at shin level, arms straight, bending horizontally at the waist, and partially at the knee. Lift upward until your legs, waist, and arms are straight, the barbell at just below your pelvis. Hold, tightening your legs slightly, and lower back down in a controlled descent.

This is another simple exercise. Hold the barbell across the back of your shoulders, just at the base of the neck, elbows bent, palms outward. Have your legs apart so your feet are just past your shoulders.
Bend at the knees, outward, producing a spread-legged squat. Hold, and lift back up slowly. Remember proper squat form with this one.

This one should not be attempted by people with hip or knee trouble. Start with one leg bent at the knee, behind you on a bench. Hold weighted dumbbells at either side of your body. Bend your other leg at the knee and hip until it’s at a near sitting position, your leg on the bench at a J-like bend as a result.
Use some tension in the benched leg when returning to a standing position. Alternate between legs, evenly.

This one is best served with leg press equipment. Lie face down, legs braced, cushion under your upper legs. Cross your arms across your chest, and lift yourself to a vertical position at the knees. Hold, and lower yourself back after a couple seconds. This is one of the most powerful (and fatiguing) hamstring exercises.

This is the other exercise best suited with a weighted leg press. Lie face down, bracing the weighted lift just above your heels. Bend at the knee, as far as your leg and the weight will permit. Hold for about one second, and lower it back under muscle control.

This exercise is usually a “cooling down” or “finishing” routine, and is one of the higher kinetic impact exercises. This also works as a partial cardio exercise, so if your doctor has warned against excessive cardio, be wary of this one. Using ball weights, start bent horizontal at the waste (similar to the Romanain deadlift), the weights held back, between your legs. Bend up at the waist and the knee, swinging the weights in a parabola until your arms are almost level in front of you.

Swing back into the start position under control (don’t let inertia do it for you). Be extra careful on resuming the start position, that you don’t allow inertia to bring your arms at high speed into your groin – it doesn’t matter what your gender, that will hurt.

To learn more about hamstring exercises and other difficult group targeting routines, subscribe to my YouTube channel today. I have so many awesome things to show you!